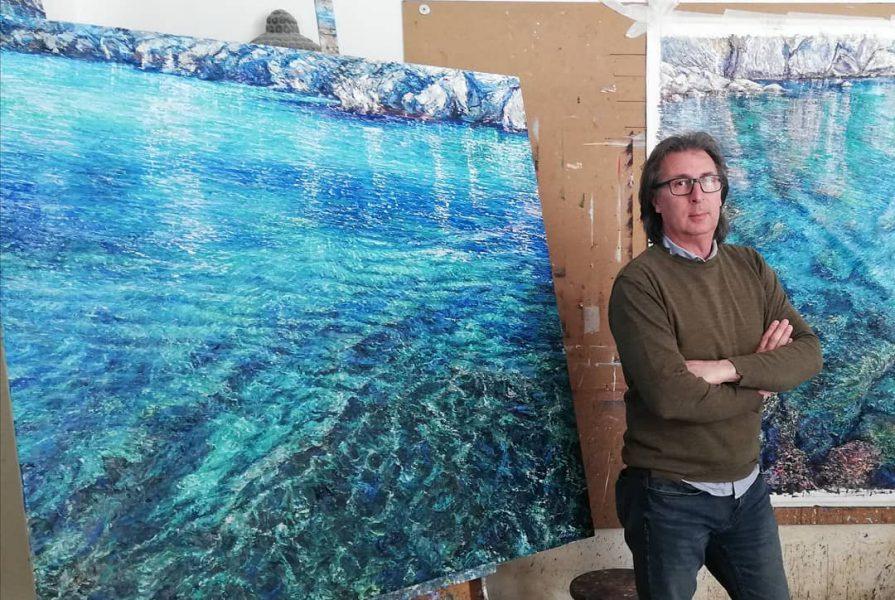 Amedeo Cianci was born in Poggiardo (Lecce) on 12 July 1961.
Amedeo Cianci, an artist linked by vocation to the most beautiful tradition of French impressionism, marks a significant moment in today’s painting, for a desirable future connection of painting to the figurative – realist. In Cianci, therefore, I see the driving force behind a new pictorial movement, which could, in the space of a few years, cleanse painting of all those extravagant abstrusries and adventurist claims of the various pictorial currents of the last quarter of a century. It would not be (as some might mistakenly think) a return to the past, it would instead constitute an acquiring greater artistic awareness, a rediscovery for true painting (because let’s not forget that real painters are realist painters), in short, a new pictorial humanism that would give good and abundant fruits to the Art of tomorrow. The form of this painting, imbued with the sentiment of a sensitive landscape painter, is nothing but lyrical. And it is so in simplicity, so that it stands in its recognizability as a communicative language between the artist and the user of the painting.
The sense of the chattering landscape presupposes a minimum faculty, to receive the visual message, the joy of colors, to possess the spiritual impetus to be projected within distances: from the immediate “tocus” of the painting to the horizon that closes the landscape space.

Other works from Amedeo Cianci