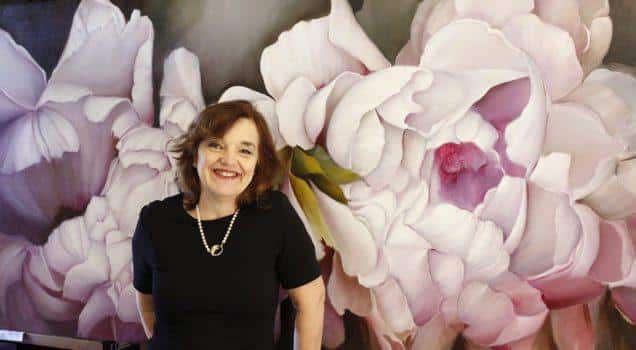 Carla Asquini was born in Udine and has lived for several decades in Buttrio, where she has her studio. The passion for painting arises very early in the artist with drawings relating to landscapes, flowers, figures and human faces. At the age of nineteen he obtained his high school leaving certificate and immediately afterwards he went for a whole year to the United States, to Houston in Texas, with the aim of attending the Academy of Painting founded by the great and famous Hungarian master Lajos Markos (Marosvasarhely 1917- Houston 1993) , graduated in 1942 from the Budapest Academy of Fine Arts. In a dense daily full immersion in the courses held by Markos, Carla Asquini has learned to master drawing and the most varied techniques of color and shape suitable for different subjects. For a long time she frequented the studio of Maestro Fred Pittino, a well-known painter and co-founder of the Friulian Center of Plastic Arts, of which she herself was a member. In his intense curriculum there is the participation in numerous exhibitions in Italy, in Rome, Florence, Venice, Milan, Udine and other cities; but there are also numerous exhibitions primarily in the United States, such as in various cities in China, in Paris, in cities in Austria and Switzerland. For over ten years Carla Asquini has been a member of the Monegasque National Committee of Plastic Arts. The Artist is permanently present with his works at the Editions of the Franz Kafka Italia Prize, which is celebrated annually in Gorizia.