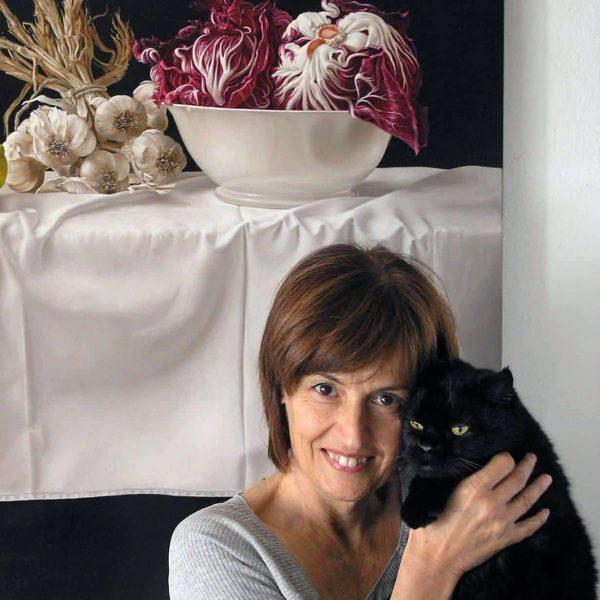 Elena Gualtierotti was born in 1961, in Tuscany Italy. A natural affinity for
figurative arts and an innate creative talent led her in to seek formal training in
painting in 1993.
Under professional tutelage, Gualtierotti developed an outstanding style and
technical ability. She favors still life, through which she is able to express a
refined sensitivity and a natural affinity to colors. Her compositions are simple
and elegant, and show dramatic light effects. They induce a modern vision,
rendered with antique techniques from the Flemish tradition; colors are thinly
applied repeatedly on the same surface so achieve depth, contrast and brilliance.
Her paintings, however, are softer than traditional Dutch paintings.
The transparency and the reflective qualities achieved in the glass and in the
silver objects in her paintings are extraordinary. An accomplished oil painter and
watercolorist, Gualtierotti has full mastery also of the gouache technique.
In 1999, Gualtierotti won the First Price at the Biennale of Livorno, Italy.
Her paintings can be found in galleries and among private collectors in Spain,
Switzerland, Italy and in the United States. Exhibitions of her work in these
countries have met with acclaim.

Soul of the carousel

€7.100
Other works from Elena Gualtierotti

Soul of the carousel